Tariffs not the Only Barrier to African Continental Free Trade Agreement 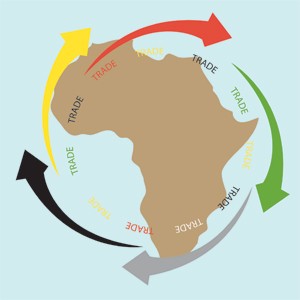 9 September 2019 – Tariffs alone are not the only barriers to the recently signed African Continental Free Trade Agreement (ACFTA), according to the Deidre Samson, a futures consultant and new knowledge market executive at the Institute for Futures Research (IFR), a unit for strategic foresight at Stellenbosch University.

The agreement to implement ACFTA was only reached in July, following Nigeria’s decision to join. It covers 54 of Africa’s 55 states and creates a market of 1.3 billion people, expected to grow to 2.5 billion by 2050.

If it is fully implemented, 90% of tariffs should be be eliminated in five years. There could be a delay to 10 years for least developed countries.

Samson says ACFTA recognises that other “invisible”, non-tariff trade barriers exist such as bureaucracy, lack of infrastructure, technical and conformity assessments as well as other hidden charges and taxes.

Furthermore, the current populist tendency to xenophobia will need to be pro-actively countered “to ensure that Trump Mini-Me’s don’t use openness as a vehicle for political gain”, according to Samson.

“On a continent that has started to pull itself up by its own bootstraps, this response is puzzling. Should South Africa not be excited about exporting tariff free across the continent?” she asks.

“But what is the reality? Is Africa preparing strategically to change or are politicians saying one thing whilst creating more invisible barriers to trade?”

“There is clearly a swings and roundabouts scenario. Whilst tax authorities will see lost revenue from decreased trade tariffs, it is likely benefits will exceed costs,” says Samson.

In her view, it is important in the “euphoria” about ACFTA, to take into account that, in Africa, increased inequality could well be between countries and regions as much as different sectors of society.

“Policy needs to be translated into concreate action, the free movement of people and the right to work in other countries needs to become a reality and invisible barriers need to be positively addressed,” she says. Source (Fin 24) https://bit.ly/2kzapah