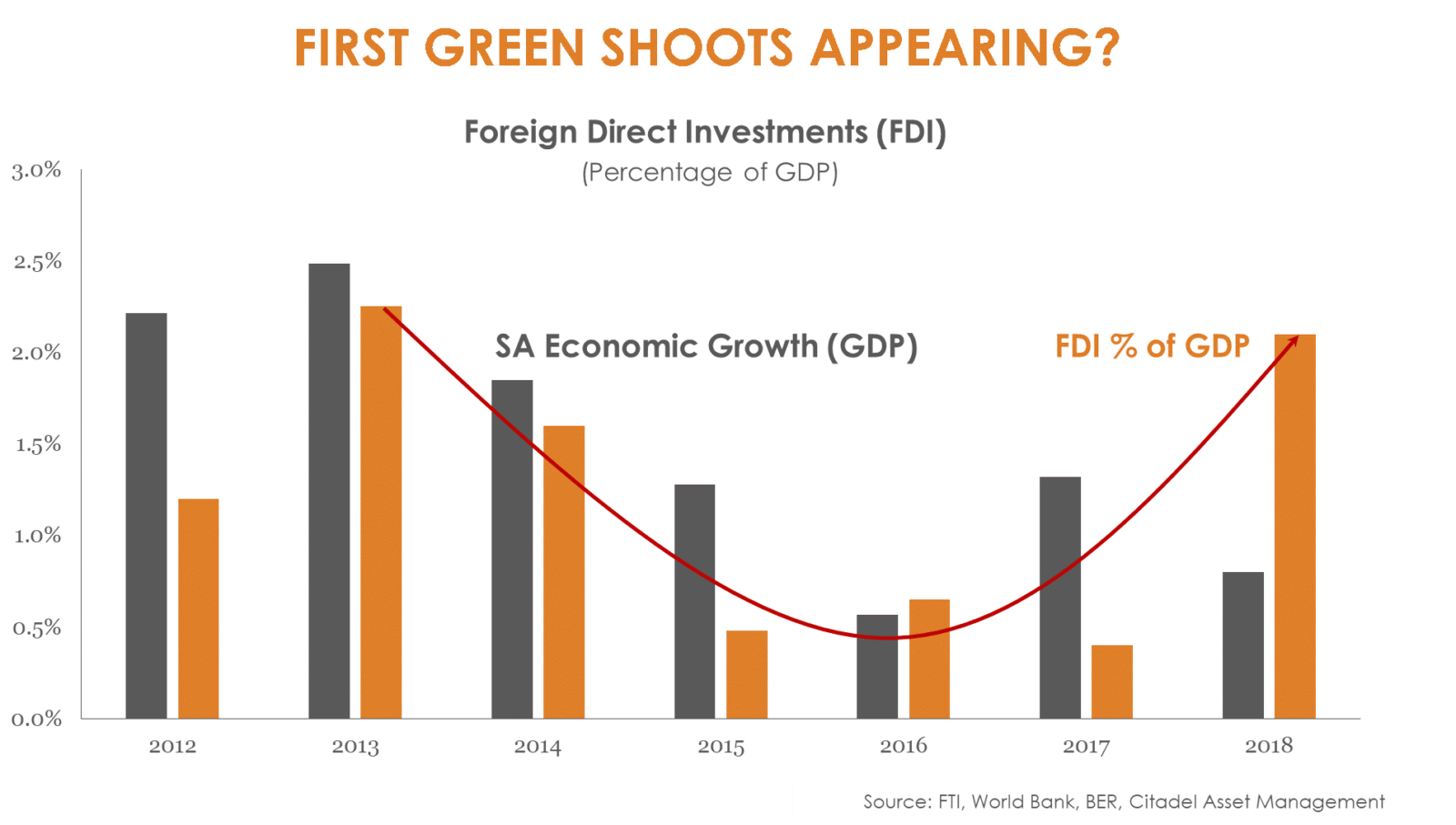 “There is certainly no shortage of tough issues for South Africans to deal with at present,” says Maarten Ackerman, chief economist at Citadel. “Economic growth has been in its longest declining cycle since 1945 and the question now is whether South Africa is heading for another technical recession.”

Ackerman said that consumers have continued to reel under the burden of higher administered prices, the VAT increase and rising fuel costs. At the same time, state-owned enterprises (SOEs), including SAA, the SABC and Eskom are putting the country’s fiscus at severe risk, he said.

Light at the end of the tunnel?

“With all the doom and gloom, it’s hard to see any light at the end of the tunnel.

“It is extremely significant and interesting, therefore, that South Africa is seeing a turnaround in foreign direct investment (FDI) with 2018 seeing the highest FDI numbers achieved in the last five years,” said Ackerman.

“Some R300 billion rand was pledged during the October 2018 Investment Summit, of which R250 billion is already in implementation and, if this trend continues, it will create the foundation for more sustainable growth in the future.

“The Zuma Years were marked by a sustained slump in FDI as elements such as Marikana, policy uncertainty and state capture took their toll on external investors. After bottoming in 2015, FDI struggled to pick up significantly, but 2018 saw the rebound kick in.”

Ackerman said that the importance lies in the magnitude of the rise in FDI.

“Accelerating at a faster pace than GDP, FDI is set to give renewed impetus to the SA economy. Such investment is normally a leading indicator, with very positive economic growth following some three to five years later.”

Ackerman said that the last time such a spike was seen was in the early 1990s, an era renowned for the end of sanctions, the opening of South Africa’s economy and the peaceful election of our first democratic government.

“This paved the way for South Africa to experience a decade of very robust economic growth,” he said.

“If this trend can continue and the government stay on course with reforms, South Africa should benefit from much better growth in the next few years.” Source (BusinessTech) https://bit.ly/2KgNoCY