SA Agricultural Sector Could be Boosted by African Free-Trade Agreement 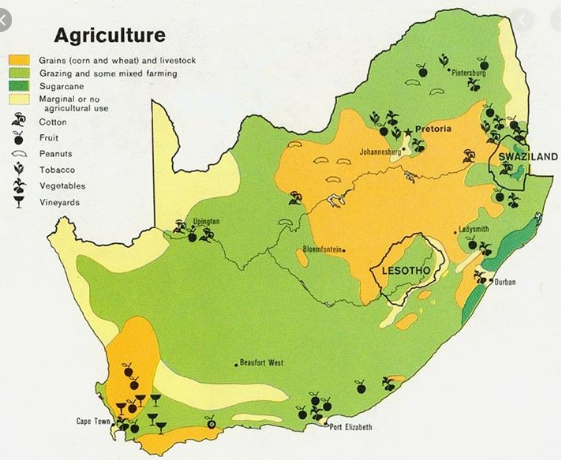 According to the Agriculture Business Chamber (Agbiz), an organisation that represents commercial farmers and agribusiness, SA exports roughly 49% of its agricultural products in value terms, and the newly launched African Continental Free Trade Area  (AfCFTA) would potentially open additional avenues for South African products to participate in new markets on the continent.

“This would practically mean an increase in the share of South Africa’s agricultural exports to the continent, rather than mainly focusing on growing other well-established markets,” said Agbiz chief economist Wandile Sihlobo.

In 2018, SA joined other countries in signing the African Continental Free Trade Area agreement that aims to create a single market for goods and services, with free movement of businesspeople and investments. With about 1.2-billion people on the continent, the AfCFTA is set to create one of the largest free-trade markets in the world.

Sihlobo said the agreement is expected to make 90% of trade within the continent duty-free by July 2020, and this is set to increase to 97% over the next decade as more duties on an additional number of products are phased down.

While some African countries will be deprived of revenue currently derived from trade tariffs, the expectation is that the benefits will exceed the costs. Countries will eventually benefit from trade creation, production diversification, job creation, industrialisation, with increased corporate income tax revenue as a corollary, as well as higher personal income tax revenue, said Sihlobo.

He highlighted, however, the African continent is beset by other systemic problems, such as poor quality or lack of infrastructure, unconducive business environments that make trade across borders particularly costly and nearly prohibitive, corruption and weak institutions which render legal recourse and dispute settlements redundant, among issues.

“With the AfCFTA providing a potential opportunity to unlock further growth in trade, this will not be possible unless and until these issues are sufficiently addressed. The precedent of African countries collaborating politically and economically set by the AfCFTA should translate to deep and fundamental reforms that unlock the existing barriers to intraregional trade.”

Overall, the free-trade area will not be a one-way street, and other economies will benefit, said Sihlobo.

Earlier in 2019, think tank The Helen Suzman Foundation highlighted that in terms of food, SA is almost entirely self-sustaining. But without tariffs, cheaper agricultural and animal products from the rest of Africa will damage the sector, the foundation said. Among other foodstuffs, cheaper Egyptian tomatoes, Sudanese sugar, Ugandan bananas and Moroccan fish will put pressure on local producers.

“While this will increase efficiency and competitiveness (benefiting the consumer), SA’s farming industry is responsible for some 8.5-million people’s employment and income. The industry will retain a competitive edge owing to its developed infrastructure, especially in agroprocessing. But rural communities and isolated fishing and farming societies are likely to bear the brunt of AfCFTA,” the foundation said. Source (Businesslive) https://bit.ly/31oFugI