Absa PMI Falls to Near Seven-Month Low in May 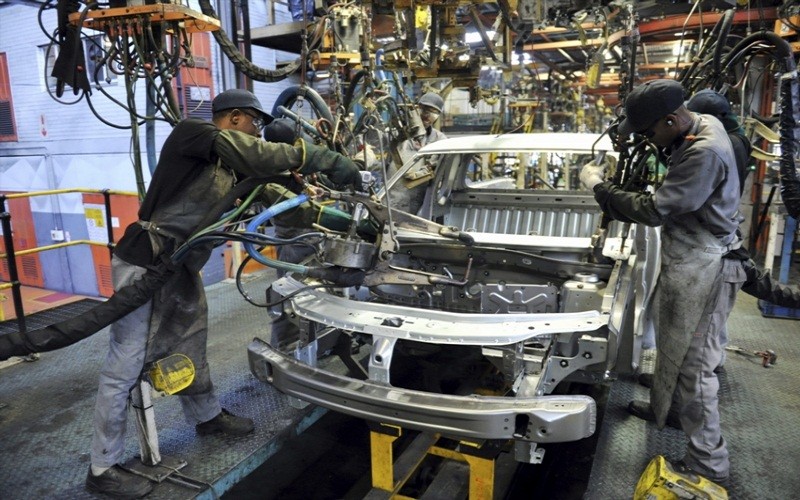 The purchasing managers’ index fell to 45.4 points in May from 47.2 in April, showing that the manufacturing sector is still not recovering

4 May 2019 – After rising slightly in April, the Absa purchasing managers’ index (PMI) once again fell in May, erasing the previous month’s gain and falling to a seven-month low.

The index fell to 45.4 index points in May from 47.2 points in April, bringing the average for the first two months of SA’s second quarter to 46.3 points, below the average 47.1 points in the first.

This does not bode well for a recovery in activity in the manufacturing sector, Absa said on Monday.

Mays number is only 0.4 index points from a March low of 45 points — when load-shedding was dampening activity and confidence. The Bloomberg consensus had been for the PMI to pick up to 48 points.

The index is compiled by the University of Stellenbosch’s Bureau for Economic Research and gauges manufacturing activity. A score above 50 indicates an expanding manufacturing sector.

Three of the index’s major sub-components fell month on month, while two rose. The index tracking suppliers’ performance remains the only sub-component above the neutral 50-point mark, while the index’s employment category also rose — but was at 43.2 points.

The new sales order index fell to 44.4 points from 47.3 in April, despite exports remaining positive during the month. This suggests that the weakness was driven by soft domestic demand, Absa said on Monday.

The business activity index fell to 43.5 points in May from 49.6 in April, suggesting sustained pressure on manufacturing output.

Data released so far in 2019 has indicated that SA’s anticipated economic recovery has been slow in getting off the ground, with the Absa PMI coming ahead of first-quarter GDP numbers on Tuesday. The consensus, according to Bloomberg, is for SA’s economy to have contracted 1.6% year on year in the quarter.

Economists had expected Absa’s PMI to improve slightly in May, due to the removal of load-shedding, an issue that weighed on activity in the first months of the year.

The data reinforced a view that the Reserve Bank would move to cut interest rates 25 basis points in July, said Capital Economics emerging markets economists Virág Fórizs. The PMI suggested a year-on-year contraction of about 5% for the sector.

The PMI suggests that SA’s poor economic performance in the first quarter extended into the second, with a slowdown in global trade growth also weighing on local production, said Investec economist Kamilla Kaplan.