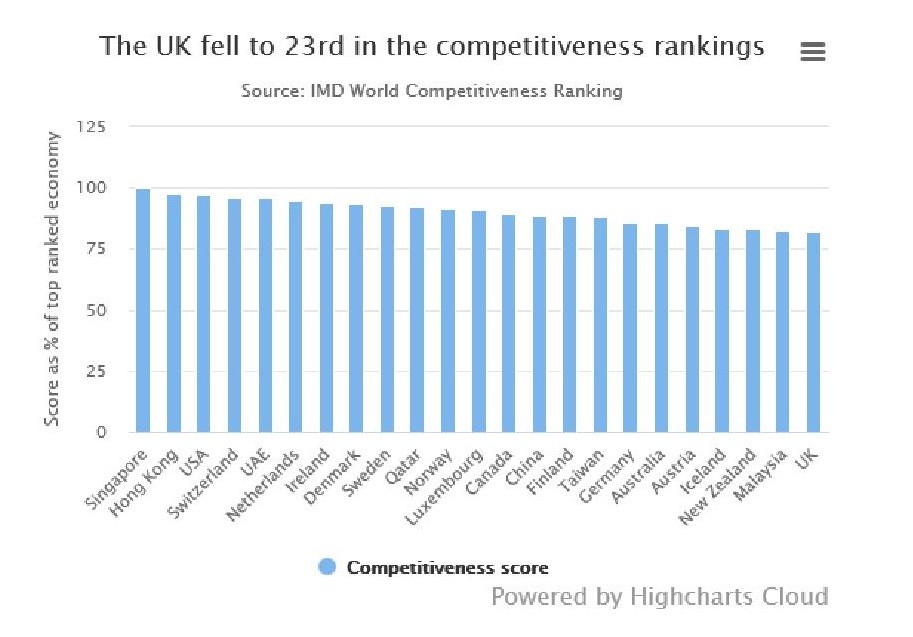 The latest target for Trump’s war on trade? Mexico. The US will impose a 5% tariff on all Mexican imports from the 10th June in an attempt to pressure its southern neighbour to halt the flow of illegal migrants across the Mexico-US border. These tariffs will rise in stages to as much as 25% by October. For Mexico the danger is two-fold: a souring of diplomatic relations with Washington and jeopardising any potential gains from global manufacturing shifting their supply chains to low-cost markets.

Trump is also warning the UK that it will limit intelligence sharing should Britain allow Huawei to build part of the country’s 5G mobile network. And if that was not bad enough, Britain has tumbled out of the world’s top 20 most competitive economies. This could have serious ramifications. Three years after the referendum, there is still no clear path for Brexit, which is a serious threat to the long-term sustainability of the economy. The global environment remains fraught with risk.

April marks the beginning of the 2019/2020 fiscal year in SA. Revenue collection for the month was R73.8bn, versus expenditure of R137.4bn, leaving a budget deficit of R63.6bn. Of course a significant part of state spend was the R13.5bn disbursement to Eskom during the month. The 2019/20 Budget allocation to Eskom is R23bn, therefore another R9.5bn is yet to be transferred. The search for a new CEO at Eskom is underway. The appointment of a Chief Reorganisation Officer is still under discussion. On funding, Eskom is now on version four of an updated strategy. The public and the investment community need tangible evidence of transformation.

“The people who I am appointing today must realise that the expectations of the South African people have never been greater and that they will shoulder a great responsibility,” Ramaphosa said on the appointment of his new Cabinet last Wednesday evening. The first real test of Ramaphosa’s presidency, the appointment of a new Cabinet, was broadly welcomed by the markets and the rand gained against the dollar immediately after the announcement. The President’s commitment to hold each of his appointed ministers to performance guidelines is most welcome. I was pleased to see continuity in the two key ministries of Finance and Public Enterprises. The reappointment of David Mabuza as deputy president was disappointing, but to be expected as it reflects the political trade-offs necessary to unite a deeply divided ruling party. And Mabuza may be less of a threat inside Ramaphosa’s inner circle than being left out in the cold, angry and frustrated. Now the focus needs to shift from the who to the how and the when.