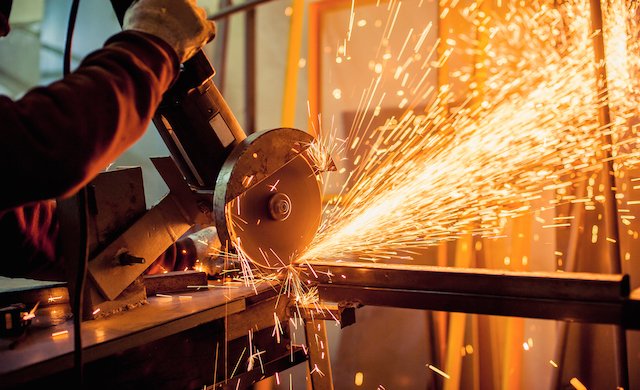 Mining, manufacturing and energy sectors reel from the impact of unprecedented load-shedding during the first quarter of the year

5 May 2019: A cocktail of negative domestic and international factors tipped the mining and manufacturing sectors into contraction during March. It also set the manufacturing sector on course for its worst performance since the 2008/2009 global financial crisis.

The energy-intensive sectors were at the mercy of Eskom’s load-shedding schedule, which ramped up to the severe and unprecedented stage four level — removing 4,000MW from the national grid — for an entire week during March.

The effect of electricity shortages, coupled with low household and corporate confidence, weaker domestic and global demand, higher electricity tariffs and rising fuel prices, are is forecast to have resulted in manufacturing contracting 8.4% quarter on quarter, which has been adjusted for seasonal variations.

Elize Kruger, a senior economist at NKC African Economics said this would be the sector’s “worst performance since the global financial crisis”.  This is against growth of 4.5% in the last quarter of 2018.

The mining industry was hit by the ongoing strike in the gold sector at Sibanye-Stillwater, which ended in mid-April. The mine is SA’s largest gold producer and among the world’s top gold miners. NKC forecast a contraction of 16.5% for mining in the first quarter of this year amid weak commodity prices. This would be the industry’s worst reading in three years.  Kruger predicted a contraction of 6.9% for March, this after the sector contracted by 7.5% year-on-year in February this year.

Mining and manufacturing production data will be published on Thursday.

The poor mining and manufacturing data read with dismal retail sales figures for the first quarter have cast doubt that the economy can achieve even 1% growth for this year. NKC revised its forecast to 0.8% from 1.3% previously.

RMB economists Mpho Tsebe and Siobhan Redford said in a research note that the negative effect of intense power cuts meant that growth during the first quarter of this year may contract 1.7%. And for the year as a whole “this means that growth will need to average 2.2% (quarter on quarter) over the next three quarters for 2019’s growth to be 1% year on year, which seems unlikely”.

On Thursday the Reserve Bank will publish figures on the gold and foreign exchange held in its reserves during April.

Second-tier data includes the release of the SA Chamber of Commerce and Industry (Sacci) April business confidence index on Tuesday. In March the index retreated to below the level recorded a year ago, largely due to a depreciation of the rand and electricity restrictions.

Sacci said the gauge reflected “a depressed business climate that is dominated by concerns over continued difficult and uncertain domestic economic circumstances”. The upcoming elections this week added to uncertainty and further depressed the business mood. Source (BusinesLive) https://bit.ly/2J34apH