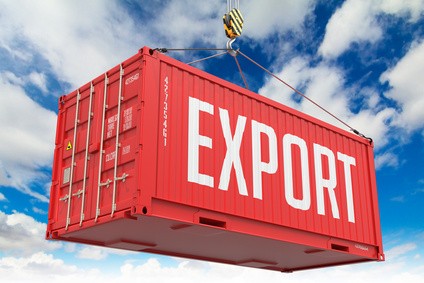 The price of Brent crude dropped nearly 3% last Thursday due to oversupply fears – US crude oil stocks have risen sharply while the sanctions on Iran have had a more muted impact than initially thought. And despite OPEC’s desire to continue to curb output, its members may be forced into action to meet demand. The US Energy Information Administration expects Brent crude to average $65 per barrel in 2019.

The euro area’s manufacturing slump showed tentative improvement in April, as Italy’s contraction slowed markedly and there was more buoyant consumer spending in France. While too early to call this a turning point, gauges of industrial activity rose in the region’s four largest economies. In Britain, the Bank of England has raised its growth forecast for this year to 1.6%, up from 1.3%, citing expectations that Brexit fears will subside, global growth will stabilise and consumer demand will grow.

Locally, vehicle sales rose by 0.7% year-on-year in April. Although not enough to signal a strong recovery in domestic demand, it is nevertheless welcome news after five consecutive months of contraction. Exports too, continued to perform strongly. Shipments grew 54%; and for the first four months of the year, export sales were up 30.5%.

This upward momentum in export activity was echoed in the latest Absa PMI reading. The index improved by 2.2 points to 47.2 in April. Encouraging was the fact that respondents are slightly more optimistic about business conditions in six months’ time and the index tracking suppliers’ performance came in above the neutral 50-point mark. However, business activity and new sales order indices both remain in negative terrain (below 50). Overall, despite the uptick, the index still remains stubbornly below 50 and paints a mixed picture of prevailing conditions.

Most analysts are expecting a first-quarter contraction of GDP, in the range of -1.3% to -1.7%. The bias remains firmly to the downside and growth of just 0.9% is forecast this year (Nedbank estimate). Should load shedding resume after the national elections, the likelihood of a technical recession will increase. The risk of negative action from the ratings agencies looms large if post-election, structural reforms are not implemented and confidence-induced investment fails to materialise.

Is the Chinese loan to Eskom in jeopardy? Eskom had expected to draw down $481m from a $2.5bn China Development Bank facility in March, but this was delayed, prompting emergency funding from National Treasury. The parastatal is still battling to come up with a coherent restructuring plan and despite news that former Absa and Transnet chief executive Maria Ramos was in the running for the role of chief reorganisation officer, this has yet to be confirmed by the Finance Minister.

Ipsos has published one of its final poll predictions before the national election. A voter turnout of about 70% means that the ANC will likely win 61% of the national vote, with the DA at 19%, the EFF garnering 11% and the IFP with 3%. Without Ramaphosa, the ANC outcome would have looked very different. He is, by various measured surveys, the most popular and trusted of all SA politicians. Unlike DA party leader Mmusi Maimane, who appears to be in a difficult position and could be the first leader of the party not to increase its support in an election. If that does happen, he may not be the leader for much longer. Julius Malema’s EFF party on the other hand, has had the luxury of only having to appeal to one well-defined constituency and once again, Malema will be the kingmaker in key provinces such as Gauteng and the Western Cape.

Rallies will end today and then the focus will shift towards the IEC as elections get underway. The commission says it is ready for all possibilities. Results will be announced on the 11th.

Disclaimer:  This research has been written by the economist at Santam Structured Insurance Limited (“the Insurer”). Whilst all care has been taken by the Insurer in the preparation of the opinions and forecasts and provision of the information contained in this report, the Insurer does not make any representations or give any warranties as to its correctness, accuracy or completeness, nor does the Insurer assume liability for any losses arising from errors or omissions in the opinions, forecasts or information irrespective of whether there has been any negligence by the Insurer, its affiliates or any officers or employees of the Insurer, and whether such losses be direct or consequential. Nothing contained in this document is to be construed as guidance, a proposal or a recommendation or advice to enter into, or refrain from entering into any transaction, or an offer to buy or sell any financial instrument. This communication is not intended nor should it be taken to create any legal relations or contractual relationships. Santam Structured Insurance Limited is an Authorised Financial Services Provider under South African law (FSP 1027).