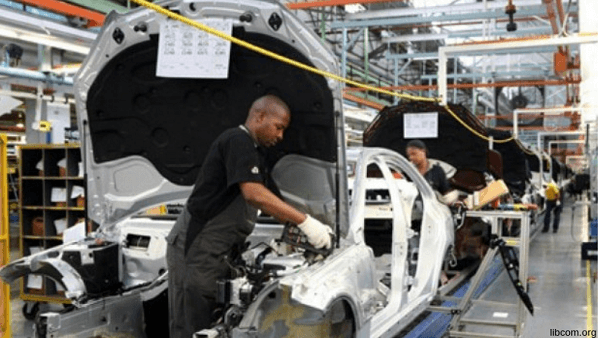 Domestic demand remains fragile and export orders are under pressure

13 March 2019: Data is expected to reveal that not much improved in key economic sectors at the start of this year as the dampening effect of power supply challenges and higher administered prices continued to play out.

The mining sector is expected to have contracted in January, after shrinking by 4.8% year on year in December, with a Bloomberg consensus predicting a fall of 3.5%, while Investec has forecast 3.7%.

Investec economist Kamilla Kaplan attributed this to electricity-supply shortage and “upward administered price pressures”, which also had an effected on manufacturing — another energy-intensive sector.

“During the first quarter it can be expected that production was adversely affected by the imposition of rotational electricity load shedding,” she said.

The outlook for mining is muted by weaker global demand, suppressed commodity prices and downside risk such as persistent trade tension likely to weigh on growth, Kaplan said.

Mining and manufacturing figures will be released on Thursday. Despite the challenges, the latter is forecast to have expanded during January, from a stagnation of 0.1% in December last year. Bloomberg’s survey predicts growth of 0.8%, Investec’s forecast is 1.8%, while Nedbank senior economist Isaac Matshego has pegged his prediction at 2.1%.

“We’re expecting a bit of a rebound, which is usual in January. People come back from holidays and they do tend to ramp up,” Matshego said, adding that the economic environment was “better than this time last year”.

Domestic demand remains fragile and export orders are under pressure though respondents in the Absa manufacturing PMI expect domestic demand to improve over the next six months.

Kaplan said rising operating costs due to fuel-price hikes and above-inflation electricity tariff hikes, will weigh on manufacturers, who will struggle to pass these on to consumers. Weak rates of employment and fixed-investment growth in the sector will be another consequence.

Further insights into the business psyche will be revealed on Wednesday in the Rand Merchant Bank-Bureau for Economic Research business confidence index. “We anticipate another reading below the neutral 50-point mark as economic uncertainty continues to trundle at subdued levels,” Matikinca-Ngwenya said.

On the same day, the SA Chamber of Commerce and Industry will release its trading conditions survey for February 2019. The index has remained below the neutral 50 mark for 16 consecutive quarters and registered a reading of 31 in the final quarter of 2018. Source: (BDFM) https://bit.ly/2Hsbh9U