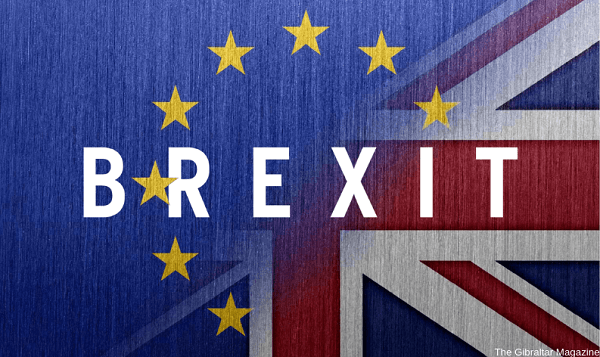 Britain’s Brexit negotiators returned to Brussels on Tuesday vowing to “get a deal over the line” as they seek European Union support to break the deadlock in London as this month’s divorce deadline looms.

Barnier said on Saturday the European Union was ready to give further guarantees to help the Brexit deal it struck with Prime Minister Theresa May in November get through the British parliament.

Barnier also suggested European leaders would be amenable to a short “technical” delay in Britain’s departure from the bloc scheduled for March 29, to give parliament time to formally ratify a final accord.

“We are determined to get a deal over the line and deliver on Brexit,” Barclay tweeted as he and Cox, the government’s top lawyer, departed for Brussels.

Barnier’s small overture to Britain has raised some hopes that both sides can find a solution, including to the so-called “backstop” plan for the Irish border, a major sticking point for pro-Brexit MPs.

The two sides are at a “critical point” in these negotiations, a spokesperson for May said on Tuesday.

Cox’s presence is seen as central to the meeting, as he will ultimately offer a legal opinion on the Brexit deal and the Irish backstop that could determine whether key lawmakers will approve the withdrawal agreement.

The EU sees the backstop as an insurance policy to keep open the border between EU member Ireland and British Northern Ireland — and to preserve the island’s peace process.

‘Prepared to be flexible’

Earlier advice by Cox, warning that the backstop could keep Britain tied permanently to an EU customs union, was viewed as a contributing factor in the massive defeat of May’s deal by MPs in January.

EU leaders insist the legally binding withdrawal agreement will not be reopened, and talks in Brussels are focused on drafting a separate document to placate doubters in London.

Also raising hopes are the softening positions of several hardline Brexit supporters in May’s Conservative party who have dropped their demand that changes to the backstop be made in the withdrawal treaty itself.

But most of them continue to press for a time limit or exit clause to the backstop. They have also set up their own team of lawyers to scrutinise anything that Cox brings back from Brussels.

British foreign minister Jeremy Hunt told BBC radio on Tuesday his government is getting “reasonably positive” signals from officials in EU capitals who he says are starting to realise the deal can pass parliament.

Hunt said avoiding an indefinite backstop was the crucial issue, when asked whether London was sticking to either a time limit or a unilateral exit mechanism from the backstop.

He added: “How we get there is something we are prepared to be flexible about”.

Eurasia Group analyst Mujtaba Rahman, a former UK official, said “many Tories who dislike May’s deal are reluctantly coming round to the idea of voting for it.”

Cox will likely “reverse his previous legal advice that the UK could be trapped ‘indefinitely’ in the backstop,” Rahman predicted.

Both sides are furiously trying to steer away from a dreaded “no-deal” divorce that could wreak havoc on global markets and create border chaos.

With fears about financial and economic stability growing, British MPs last week agreed to give May more time to seek changes from Brussels, but if she cannot get her deal passed by March 12, she has agreed to let parliament vote for a Brexit delay. Source: (News 24) https://www.news24.com/World/News/uk-says-brexit-talks-at-critical-point-20190305