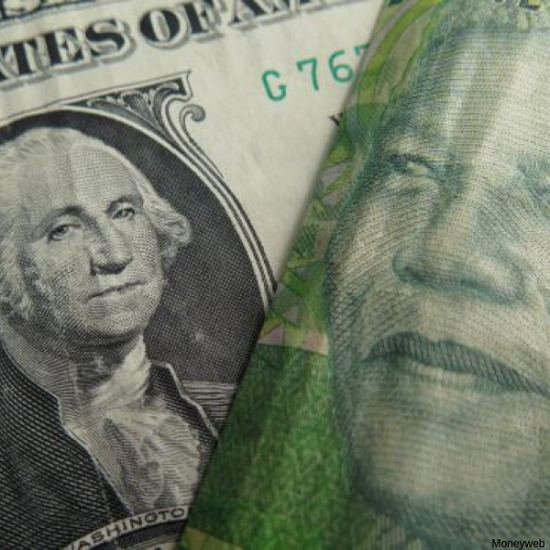 What a week for the rand!

After a stagnant few weeks, hovering in the R13.50-R14.00 trading range, the rand made its move in pulling to the best level of 2018, to conclude its best January in decades.

This just proved again that you cannot look to the fundamentals as a week of bad news had no effect on the local currency.

From failing SOEs, to bankrupt corporates, to notorious rand weakness events in the near future…

…nothing could hold the ZAR back. So let’s get into the nitty-gritty of how it all happened…

The big events were aplenty:

Rand’s best January – incredible scenes as the rand pulls a 100c+ gain on the USD in just one month!

US interest rates – the Federal Reserve’s highly anticipated first meeting of 2019 arrived, with all eyes watching for any indication of their plans for this year.

US Government reopens – after a record 35 days, the government was re-opened with a still unresolved dispute over the border wall between the Reps and Dems…

May’s Brexit deal – the turmoil continues… when will a conclusion come to this mess?

Where else to start but with the market movement itself…

The rand produced its best January in decades, with the last January with a higher gain being in 1986. Back then, the rand gained 9.72% against the dollar, strengthening from R2.53 to R2.29 to the dollar…

Quite incredible…and a reminder to us that volatility doesn’t only exist now for the rand, but back in 1986 as well.

The trigger in the week came from the US Fed meeting on Wednesday.

Fed’s Powell announced that the interest rates would be put on hold, and that the Fed “…will patiently wait and let the data clarify” what will be happening through the remainder of the year. This supposedly was just the news the rand wanted to hear, and it triggered a 30c pindrop, taking us back below R13.50/$. 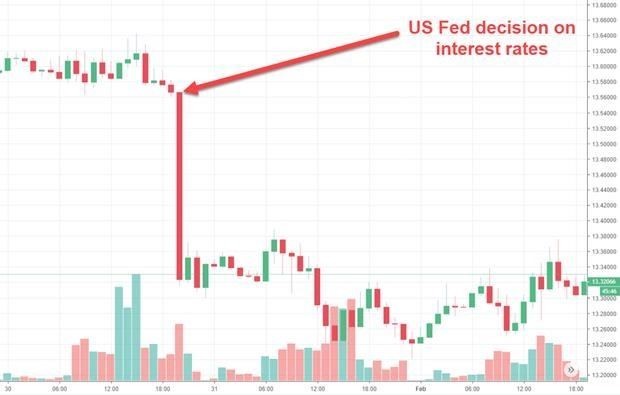 While this makes “sense”, in an economist’s point of view, this discounts all the other news that was about at the time.

Such as Eskom – the electricity giant on the brink of collapse. How was this “missed” by traders, investors and others?

The fact is, it wasn’t. It was dollar weakness, not rand strength.

Which explains why we cannot look simply at small local news events for market direction.

Or any news events, for that matter. Such as the US government reopening, which should trigger a boom of business and dollar strength – but nothing in the markets is as simple as that!

So, definitely a worthwhile reminder for us that news is only the trigger, not the direction-giver!

There was a whole lot more big events in the week:

Brexit, the issue which continues to plague the UK, only appears to be getting worse.

Petrol price dropping every month did seem to be too good to be true, and there is a slight reality check coming for motorists in February. The AA predicts a small increase in the price of petrol, due to the increase in oil price during January. It would certainly have been a lot worse had the rand not strengthened so much during the same period!

Over on the US side of the pond, trade talks took place between US and Bejing officials, which Trump was very optimistic about – but we will have to see if anything official comes out of the discussions. This could be another big event going into February…

And then there is the State of the Nation 2019 is bearing down on us, with Ramaphosa’s second address of his Presidency due to be delivered on Wednesday, 7 February at 19h00.

Following that, when the noise dies down after this speech, we will begin counting down to Tito Mboweni’s Budget Speech for 2019. This event is due on the 20th of February, and will be right on the radar for everyone with rand exposures. The budget is meant to be around practical solutions to get SA going…

Well, one thing is clear, it is going to be a big month in February!

As for the rand, it closed out the week with a solid Friday, ending around R13.30/$…

And with the rand’s best start of the year in decades, we are certainly in for another humdinger year.

This week sees a few events that could provide triggers, such as the State of the Nation and BoE interest rates.

And of course, there are developments on the US-China trade war and the wall to watch for.

But as you will have seen from last week, these are merely triggers – as the rand powered ahead despite bad news. Source: (F&T Weekly) https://bit.ly/2TvA13T