The IMF has revised its outlook for global growth to 3.7% for 2018 and 2019. The revisions reflect the impact of trade tensions, poor growth prospects in the EU, Japan and the UK as well as the effect on emerging markets of continued monetary policy normalisation in the US. The Fund has further warned that emerging markets are at risk of capital flight at levels unseen since the 2008 financial crisis. These could total $100bn or more.

IMF chief economist Maurice Obstfeld has urged nations to continue to collaborate and take more steps to ensure that economic benefits are more broadly shared. Cooperation is vital, he says, because the world’s economies are now so inter-linked. The macroeconomic outlook for sub-Saharan Africa continues to strengthen, with the Fund expecting growth to increase from 2.7% in 2017 to 3.1% this year. The higher growth reflects a supportive external environment, higher commodity prices and sound domestic policy adjustments.

The International Energy Agency has made an appeal to OPEC and other major oil producers to boost output, warning that rising prices are inflicting damage on the global economy. “Oil markets are entering the red zone,” the Agency has said. Much of the onus will lie with Saudi Arabia, the world’s top OPEC producer.

Exacerbating the problem, Iran’s exports have fallen faster than the industry expected, as many major buyers have halted purchases even before the US sanctions are enforced next month. In Venezuela too, output has slumped amidst an economic meltdown. The oil price could reach $90 per barrel by year-end, warn analysts.

Good news for SA commodity exports however, is that the Chinese government is making concerted efforts to boost domestic infrastructure spend. This implies an increase in prices for resource-linked currencies such as the rand, although much will depend on dollar strength and the extent to which commodity prices rally.

In a week of high drama in SA, President Ramaphosa accepted Finance Minister Nhlanhla Nene’s resignation and welcomed back into the fold former Reserve Bank governor, Tito Mboweni. Mboweni’s appointment came as a surprise given that he had removed himself from the running when the post became vacant in February.

The choice was broadly welcomed by the market with the rand and benchmark bonds all gaining ground following the announcement. Mbweni’s hawkish stance during his tenure at the Reserve Bank will mean that he will likely make a concerted effort to rein in public spending.

Nene’s resignation sets a precedent for other, more implicated ministers to follow suit and fall on their swords. But it is debatable whether the likes of Malusi Gigaba and Mildred Olifant will follow Nene’s lead. What the resignation does do though is indicate to the ratings agencies and investment communities that the president is serious about rooting out corruption at the highest levels.

At its review last Friday, Moody’s kept its rating for SA unchanged – at Baa3 with a stable outlook. A Credit Opinion – Regular update document will be released in the next few days. 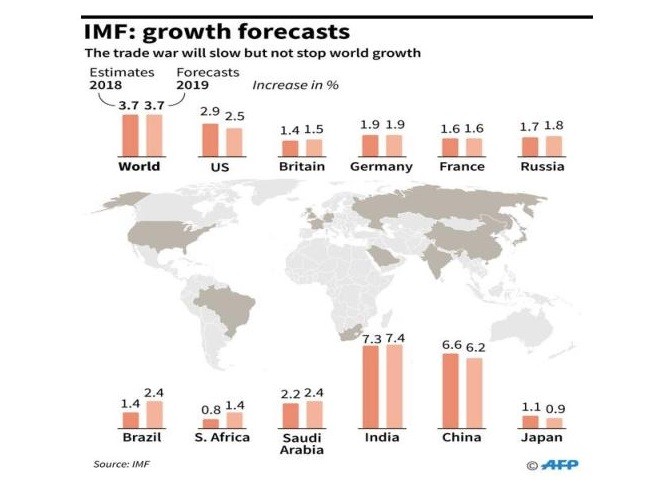