The disappearance of Saudi journalist Jamal Khashoggi made global headlines last week and ratcheted up geopolitical tensions, stoking worries about oil supply from Riyadh. Saudi Arabia has been under increasing pressure since Khashoggi, an outspoken critic of the kingdom, disappeared after visiting the Saudi consulate in Istanbul. Although the US has warned of “severe punishment” if it is found that Khashoggi was murdered in the consulate by Saudi hit men, Trump will face a pushback from the US’s military-industrial complex as the country is on the verge of concluding a $150bn arms deal with the Saudis. Added to this is the reality of Iranian oil shipments dwindling to almost zero after US sanctions come into force on the 4th November. It is clear that world oil supply remains delicately poised.

UK growth forecasts have been downgraded for the second quarter in a row, as Brexit uncertainty rises. Growth is now expected to be 1.3% this year, following initial predictions of 1.6%, which were subsequently further moderated to 1.4%. The lower expectations are due to the elevated risks of a no-deal Brexit, recent stagnant consumer purchasing power and a slowdown in the EU economy. Panic buying is a very real possibility in late-2018 and into 2019 in the event of a “no-deal.”

Chinese third-quarter growth slowed to 6.5% year-on-year, the slowest rate of expansion since the first quarter of 2009 and lower export volumes are expected to weigh on growth for the remainder of the year. The government has said that the “severe international situation” has made it difficult to stabilise the economy and reach its growth targets. The economy has faced several headwinds this year. In addition to the much publicised trade tensions with the US, a slumping stock market has affected investor confidence and the impact of stimulus measures have yet to kick in.

The SA retail sector surprised on the upside, recording sales of 2.5% year-on-year in August, significantly better than the market’s expectations. The increase was attributed to better sales in the clothing and footwear subsector. The sector is a key indicator of general economic activity and the latest print bodes well for third quarter GDP growth. News out of the mining sector however, was not as positive. Output contracted by 9.1%, driven by a decline in the production of gold, iron ore and the platinum group metals. Combined, these three subsectors comprise 55% of total mining production.

This week’s “mini budget” (medium-term budget policy statement) will provide a clearer picture of the overall health of the economy. For the government’s fiscal consolidation efforts to remain credible, the MTBPS will need to demonstrate how Ramaphosa’s new stimulus plan and his job-summit commitments are going to be funded without breaching the expenditure ceiling. We can expect details of revenue growth, which is running slightly ahead of target at 11.2% for the year-to-date (VAT receipts are up almost 20%, versus a budgeted 14.8%). Expenditure too, is growing slightly lower than expected, which is a welcome sign considering that there is little room to keep on hiking taxes to fund higher expenditure. The key concern as ever, will be the SOE contingent liabilities which will have a marked impact on the government’s efforts to stabilise the debt-to-GDP ratio. Although ratings agencies will be keeping a close watch, no major moves are expected from them unless Mbweni announces major changes to projections for the next three years that are both large and unexpected. 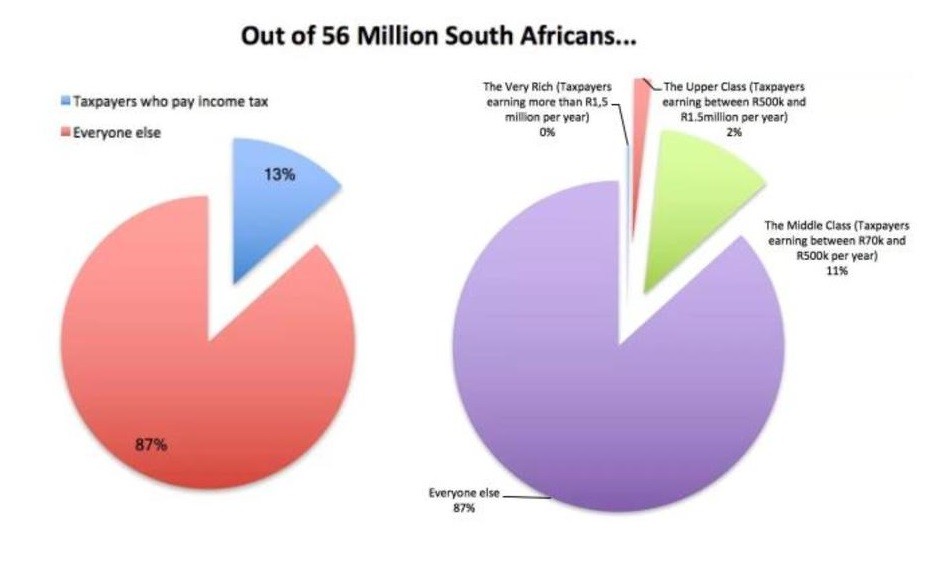