4 Reasons to be Hopeful About South Africa’s Economy 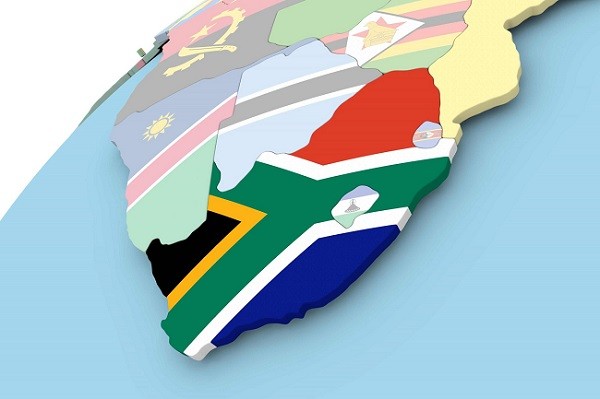 4 September 2019 – Markets responded positively to South Africa’s economic growth rebounding in the second quarter, up 3.1%, and 0.9% for the year to June 2019.

The rand appreciated by some 10 cents against the greenback on publication of the data, and bonds yields declined by about 10 basis points.

According to Maarten Ackerman, chief economist and advisory partner at Citadel, it is comforting to see that South Africa has avoided a technical recession – but most interesting is to note the severe impact that load shedding can have on the country.

“We had significant load shedding in the first quarter of this year and almost nothing in the second quarter, and the impact is clearly visible,” he noted.

“At the same time, the global environment stabilised somewhat in the second quarter of this year, resulting in better performance from exports, as well as mining and manufacturing, with less disruptive strikes from especially the mining sector as seen in the previous quarter.”

Ackerman said that while there are many structural issues, “if we can sort them out and everything falls into place – if we can get Eskom to a much more sustainable place – then a 3.1% growth number is still achievable in this economy”.

“If we can replicate this performance and roll it out over a year, then we have the potential to reach 3% annual growth. Unfortunately, at only 0.9%, the year-on-year growth remains below population growth of 1.3%, so we can expect unemployment to continue increasing,” he said.

Ackerman said that it is essential to lift annual GDP growth to be in line with or above population growth to address unemployment, and the country needs to advance to the stage where it can start to create jobs.

“If we continue down this track, it will certainly be possible in the next three to five years,” he said.

Looking at the latest GDP data and the wider economic context of the country, Citadel provided four points which could reignite hope for South Africa’s economy.

A strong recovery in some sectors

The mining industry, in particular, demonstrated a return of strength with growth of 14.4% in the second quarter, which is extremely positive given the importance of the sector in terms of job creation, Citadel said.

“This figure reflects the fact that the global economy stabilised after a difficult first quarter, as well as the fact that South Africa was able to avoid load shedding, and fewer strikes in the sector,” it said.

Manufacturing also really surprised to the upside, printing growth of 2.1% for the quarter, it noted.

“Overall, however, the manufacturing sector unfortunately remains under some pressure – the latest Absa Purchasing Manager’s Index (PMI) data released just yesterday showed that the sector had experienced a contraction, declining from 52.1 in July to 45.7 in August.

“Additionally, the manufacturing industry has shed a significant number of jobs over the last year, and is an area where South Africa particularly needs to see stabilisation and growth,” it said.

By contrast, the agricultural sector posted a decline of 4.2% over the quarter, which is unfortunate given that it also declined by 13% in first quarter.

Although the sector accounts for just 2% of the economy, agriculture acts as a key driver of employment, and has been weighed down by factors including drought and land uncertainty, which have both impacted planting.

“With only a slight contraction of 0.7% quarter-on-quarter, exports remained fairly flat over the second quarter, which in fact is somewhat encouraging for South Africa and demonstrates again that the global economy has started to mend after a very soft environment in the first quarter,” Citadel said.

Another reason to be upbeat is the 6.1% growth in gross fixed capital formation (GFCF) seen over the quarter – the first time in the past five quarters that South Africa has posted a positive GFCF figure, Citadel said.

“Regarded as a leading indicator, GFCF reflects willingness to invest back into the economy by buying capital items such as transport equipment, machinery, building and the like.

“This is a clear indication of positive sentiment and activity that is taking place on the ground. It also dovetails with the uptick we have witnessed in foreign direct investment flowing into the country,” it said.

Consumers are on their feet again

On the consumer side, private consumption expenditure is up 2.8% indicating that the consumers are no longer on their knees – “despite high fuel prices, low social grant hikes, a higher VAT rate and high unemployment,” Citadel said.

“This growth in consumption has, amazingly, come largely from sales of durable goods with semi-durables being second in line followed by non-durables and services. This points to a slightly better environment for the consumer as well.”

There is hope on the horizon

This is still much weaker than what was budgeted for in February – but slightly better than current estimates, it said.

This low growth will add to the challenges faced by the fiscus and South Africa in general, but overall, the latest GDP figures definitely indicate that there is still some life left in the economy, the group said.

“If we can continue to build momentum through implementing the right policies, the next three to five years could look significantly better. But, given the immediate structural issues, the road to recovery will remain volatile,” Citadel said. Source (BusinessTech) https://bit.ly/2lU1CzW