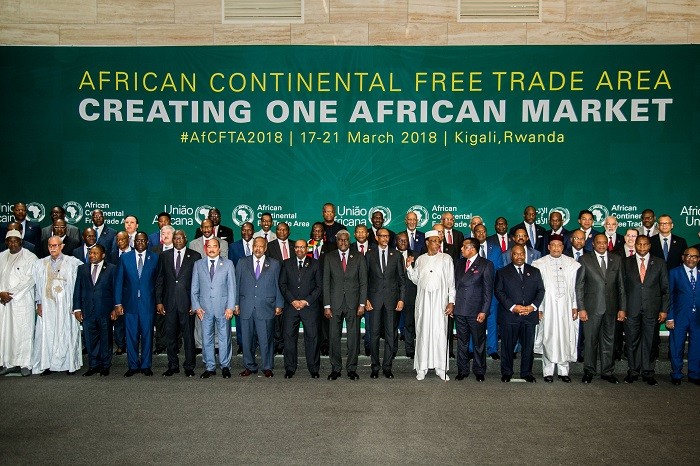 12 July 2019 – Optimists estimate that the trade arrangements would see intra-African trade being boosted by 60% by 2022.

President Cyril Ramaphosa believes the newly launched African Continental Free Trade Area agreement (AfCFTA) will catapult the economies of many African countries on to a higher growth trajectory and take SA to new and greater heights of economic growth.

Speaking at the conclusion of the 12th Extraordinary Summit of the African Union (AU) in Niger, he said SA stood to significantly benefit from being part of “the world’s largest single market”.

Political analyst Mzukisi Qobo, professor and an expert on strategy and international business at Wits Business School, described the AfCFTA as a “positive step” and emphasised that, if implemented, it would work for the benefit of the continent and its people.

“This is a positive step, especially if the political leaders make it work. On its own the agreement might not necessarily deliver the goods but requires various leaders to show commitment because signing and implementing the agreement are two different things,” Qobo said.

AfCFTA, which encompassed 55 countries with a combined population of 1.2 billion people and a combined gross domestic product (GDP) of $3.2 trillion (R45.05 trillion), was launched on Sunday in Niamey, Niger.

It is set to benefit mainly the manufacturing sector and infrastructure development among the signatories that include SA as one of the major players.

It is estimated that the deal, signed by 54 of the 55 countries with Nigeria and Benin only committing on Sunday after some delays, would see the member countries cutting tariffs among themselves.

Optimists estimate that the trade arrangements would see intra-African trade being boosted by 60% by 2022.

In a statement, presidency spokesperson Khusela Diko said Ramaphosa saw the implementation of the agreement as a platform for African countries to trade among themselves and reap the benefits of the tariff-free area.

“One of the key spin-offs is expected to be greater focus and urgency for infrastructure development across the continent to support economic activities.”

She said the president believes AfCFTA is a milestone that fulfils a dream crafted by the founders of the Organisation of African Unity 60 years ago when they conceptualised an integrated Africa.

Ramaphosa was accompanied to the summit by the International Relations and Cooperation Minister Naledi Pandor, Finance Minister Tito Mboweni and Trade and Industry Minister Ebrahim Patel. Source (The Citizen) https://bit.ly/2XEbvDX