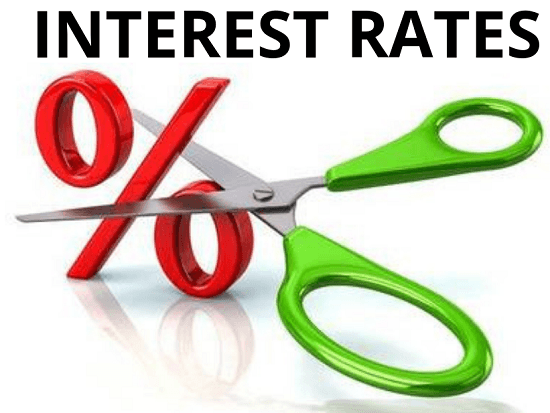 In June the Reserve Bank signalled its willingness to drop the repo rates, saying policy has not been as accommodative as it could have been

15 July 2019 – South Africans could see the first interest rate cut in a year this week, which will provide some much-needed relief for consumers in an economy that is struggling to grow.

This will sit well with consumers, who are still reeling from tax increases and higher fuel prices, and will be a reversal of the controversial increase in November 2018.

The Bank in June signalled its willingness to drop interest rates, saying inflation outcomes over the past 10 months mean policy has not been as accommodative as it could have been.

A range of inflation dynamics, including food prices, weak demand in the economy and moderating wage growth, had eased inflation, the Bank said.

“The MPC will find it difficult to justify not cutting interest rates at their July meeting, which comes just after the disappointing first-quarter growth number and low inflation prints,” Nedbank economist Busisiwe Radebe said.

Recent inflation updates and expectations show inflation at or near the mid-point of the 3%-6% target range while growth remains weak with the economy having contracted in the first quarter of the year.

With most central banks now signalling an easing of monetary policy, the Bank is likely to follow suit.

“The dovish tilt by global central banks, most notably the US Federal Reserve, has given the Bank some breathing room and has thus made the prospect of a rate cut more probable under current market conditions,” Novare economic strategist Tumisho Grater said.

At its last meeting, in May, the MPC adopted a more dovish tone than in prior meetings in 2019 and narrowly decided to keep the repo rate unchanged at 6.75%, with two of the five members voting for a 25-basis-point cut.

On Wednesday, Statistics SA will release the retails sales figures for May, which will provide greater insight into whether the economy grew in the second quarter of the year. The Bloomberg consensus is that sales growth will slow to 1.7% year on year in May from 2.4% in April.

Based on survey evidence, the sector will not have a meaningful rebound in the second quarter of the year. The Bureau of Economic Research retail survey showed that the majority of respondents were dissatisfied with business conditions amid “tough trading conditions”.

“However, the increasing unsecured credit uptake, mainly by higher-income consumers, as well as our expectation of a cut in interest rates in July, could provide auxiliary support to retail sales volumes in the coming months,” she said. Source (Business Day) https://bit.ly/2Slo7dq