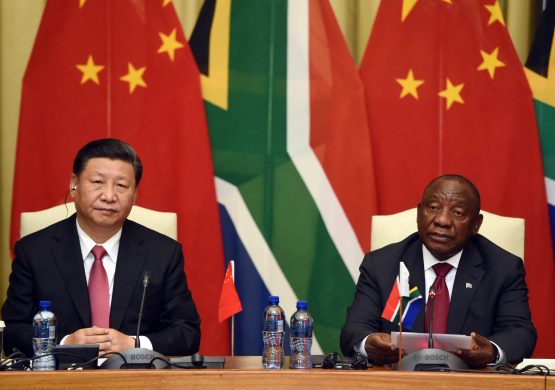 25 June 2019 – South Africa’s fast-growing trade and economic partnership with China took a great leap forward on Friday with the signing of 93 trade agreements worth R27 billion between South African and Chinese company representatives in Cape Town on Friday afternoon.

Ren said the US was provoking a trade war with China, which posed serious challenges to global trade and the global economic recovery.

The world was changing from one of multilateral to unilateral trade agreements and protectionism, he said. In the light of these developments, he said “China will not close its doors to the world, but will open its doors wider”. He said his government was willing to work with all countries towards the promotion of trade and economic co-operation with China.

Trade and Industry Minister Ebrahim Patel said it was important that, over time, the profile of South Africa’s exports to China could shift from being primary mineral products and commodities to more value-added products, as this would create further industrialisation and jobs in South Africa. “Our countries must be decisive in addressing the diversity of our export baskets,” he said.

Patel said the agreements being signed only one day after the State of the Nation Address were setting the tone of the new administration in government, one of being efficient and practical in moving towards further industrialisation and job creation, and involving the private sector. He said South Africa could become an important manufacturing base for China, which could benefit from South Africa’s free trade and market access agreements for many of its products to other African markets, the US, eurozone and other regions.

He said Chinese companies, as measured by the Chinese government, had invested more than $10bn in South Africa, but this figure was likely to be far higher if one took into account the investments of other private companies from China. China’s ambassador to South Africa, Lin Songtian, said there were some challenges that China and other foreign investors had raised when wishing to further trade and investment.

Lin said there were only three South African visa officials in China, and there were long queues of tourists and business people wishing to obtain visas. In addition, many Chinese companies operating in South Africa, such as Huawei, were complaining that they were unable to obtain work permits for key staff. Source (Business Report) https://bit.ly/2WY2QHq