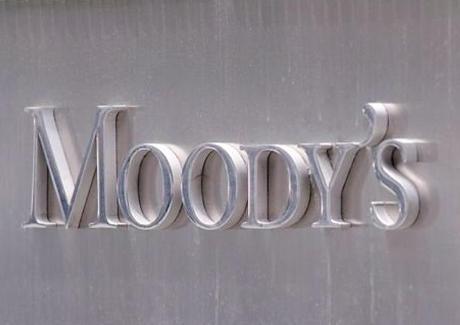 11 June 2019 – Global rating agency Moody’s says the contraction of SA’s GDP in the first quarter is credit negative for SA’s government and the country’s banks.

Last week Stats SA announced the economy shrank by 3.2% in the first three months of the year, the biggest drop a decade.

“The quarterly decline, the largest in 10 years, is credit negative for the government of South Africa’s revenue and policy options and South African banks’ asset quality and profitability. The first-quarter contraction presages low growth in the year as a whole, and consequently, we lowered our forecast of real GDP growth for 2019 to 1.0% from 1.3% previously,” said Lucie Villa, Moody’s lead sovereign analyst for South Africa in a note.

“We assume economic activity recovers over the rest of the year as policy uncertainty dissipates following May’s general elections. The government’s policy objective to boost economic activity while consolidating its fiscal position will prove even more difficult in this environment.”

In March, Moody’s skipped its much-anticipated assessment of South Africa’s sovereign credit rating. The next date for a possible credit rating is in November.

If Moody’s downgrades SA to sub-investment grade, the country will be ejected from the major Citi World Government Bond Index, forcing asset managers to sell billions of rands’ worth of SA bonds. A downgrade would also be a blow to President Cyril Ramaphosa’s goal of attracting $100bn in new investment into South Africa and kick-starting the country’s sluggish economic growth rate.

Ramaphosa, writing in his capacity as president of the ANC, appealed for policy certainty in the party’s latest newsletter, saying the country needs to improve investor confidence and ensure policy consistency to boost investment and create jobs. Source (Fin24) https://bit.ly/2R1PGaO