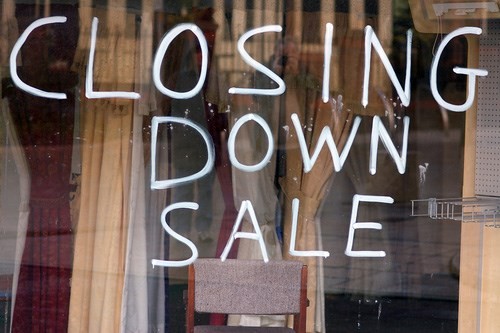 In the first third of 2019, insolvencies rose by 10% suggesting businesses are struggling to stay afloat

29 May 2019 – The total number of liquidations recorded in SA went up by more than half in April , as more companies lost their battle with a South African economy that is barely growing.

The number of liquidations rose 53.1%, following declines of 12.6% year-on-year and 9.6% in February and March, respectively.

The vast majority or 88% of liquidation cases year-to-date were voluntary, with most taking place in the financing, insurance, real estate and business services segments, followed by the trade, catering and accommodation sectors, Investec economist Lara Hodes said.

On a seasonally adjusted basis, the number of insolvency cases was up 29.1% for the first quarter of 2019, reflecting the dire state of South African consumers.

This was reflected in the National Credit Bureau’s latest Credit Bureau Monitor for the fourth quarter of 2018, which showed that consumers classified “in good standing”, reported as a  percentage of the total number of credit-active consumers fell by 1.9% quarter-on-quarter and 1.0% year-on-year, while the number of consumers with impaired records rose to 10.16-million during the quarter.

Any notable decline in liquidation and insolvency numbers was not anticipated in the medium term as economic growth prospects had softened.

SA’s economic progress has disappointed in 2019 but analysts are hopeful that there will be some kind of boost in investment and output once newly elected President Cyril Ramaphosa announces his cabinet, starts to initiate governance plans and signs of delayed legislation which can improve business conditions.

Just last week, Reserve Bank governor Lesetja Kganyago said at the Bank’s monetary policy committee’s meeting that although risks to SA’s growth remained on the downside, the central bank’s implied policy path indicated an interest rate cut at the end of the first quarter of 2020. At the March meeting, the Bank had indicated that a 25 basis-point increase by the end of 2019 was on the cards.

This caused the rand to weaken past its R14.50/$ level last Thursday afternoon.

FNB chief economist Mamello Matikinca-Ngwenya said a significant downside risk to SA’s inflation outlook would be required if the country does not receive an interest-rate cut in coming months.

“We remain concerned about the persistently weak domestic growth outlook and are of the view that the expected underperformance in GDP in the first quarter will require a notable rebound in the coming quarters for growth to be stronger than the 0.8% recorded last year,” Matikinca-Ngwenya said.

Hodes said people were hopeful that the aftermath national elections of May 8 would be positive.