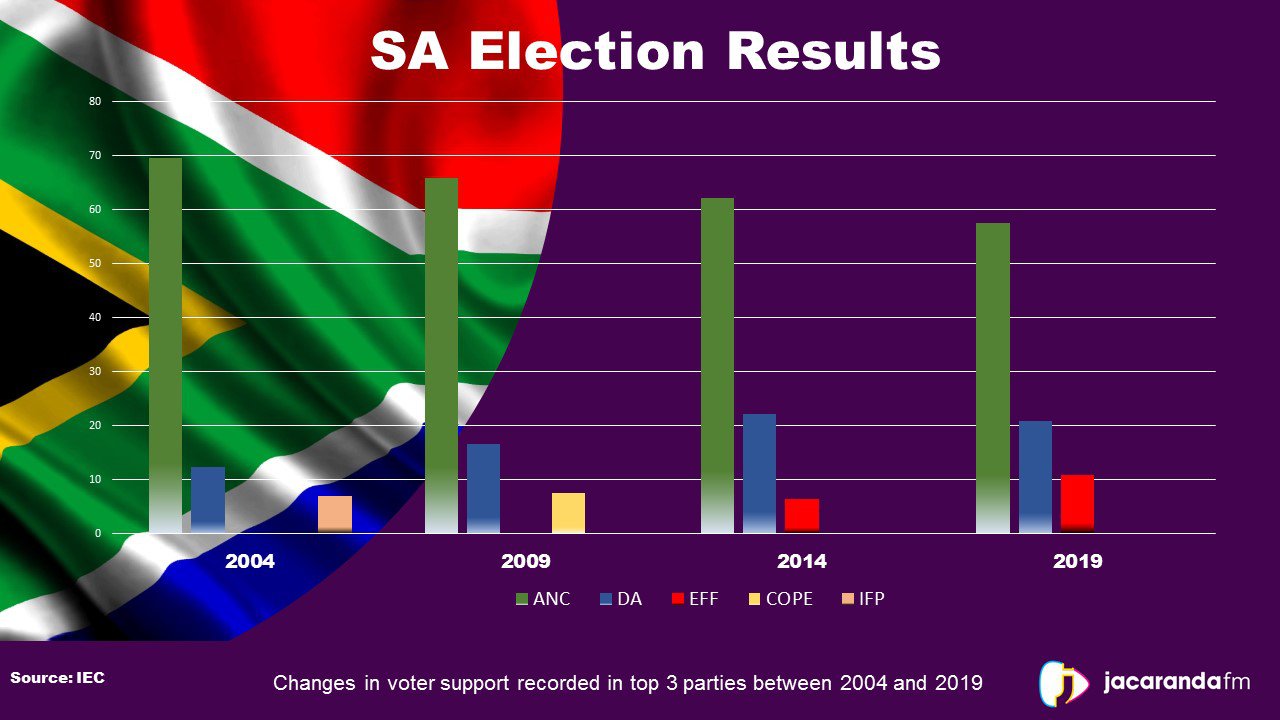 There has been a sudden change in President Trump’s rhetoric around trade talks. He has increased the tariffs on $200bn of Chinese imports from 10% to 25% and hinted at the possibility of extending a new 25% duty on another $325bn of Chinese goods as talks between the two major economies have failed to produce a breakthrough.

This had a ripple effect across markets last week. The oil price slid by 2%, although the price was also weighed down by news that Saudi Arabia had announced lower prices for its oil exports to the US. The second consequence of the breakdown in trade talks was a risk-off sentiment towards emerging market assets, which saw the JSE trade in the red for much of last week. What is also clear is that an escalation in trade tensions poses greater downside risk to global growth. Latest numbers from Oxford Economics reveal that a tariff hike to 25% on half of US imports from China – with China raising tariffs on $60bn of US goods to 25% – will reduce American GDP by 0.3% in 2020, while curbing Chinese output by 0.8%. This translates to a global cost of 0.3% (more than $105bn). If trade protectionism were to escalate even further, this would see world GDP suffering a significant 0.5% loss (see graph below). 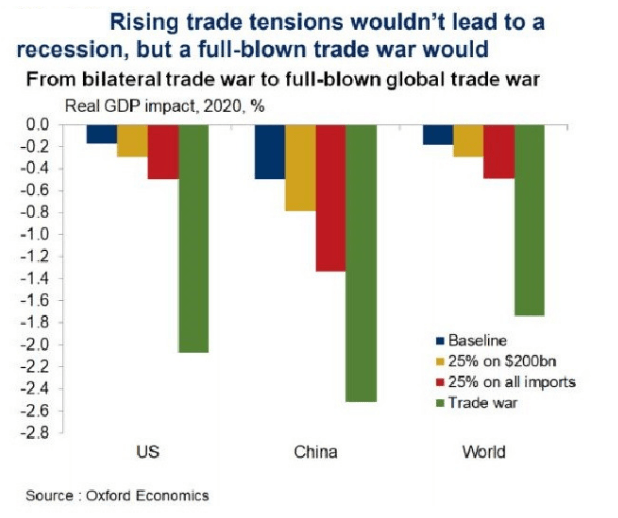 There is hope that a negotiated settlement could still be reached, especially since goods traded between the US and China are mostly transported across the Pacific by ship, giving both sides a crucial two to four additional weeks of breathing room.

All eyes were on the national election which took place last Wednesday. The results of the vote indicate neither the big win that President Ramaphosa was hoping for, nor a disaster for the ruling party. With just under 58% of the national vote, support for the ANC falls far short of the 62.2% it took in the last national poll in 2014, but it is definitely an improvement on its municipal election showing three years’ ago. Nevertheless, the president remains safe as head of the party and the scenario that Zuma allies may try to oust him at the next elective conference in 2022 now appears increasingly unlikely. The key battleground of Gauteng was narrowly won by the ANC, but the lean majority is a message of warning to the ruling party. The DA was equally humbled in the province, especially in areas where it lost much of its Afrikaner support base who moved their support to the Freedom Front Plus. Overall, all three of the major parties would have been disappointed, even the EFF, which despite increasing its support base across all nine provinces, was hoping to double its share of the national vote from 6% to 12%, but only managed 10.8%. A possible reason is the smaller-than- expected youth turnout.

The biggest surprise contender was the Freedom Front Plus, with 2.4% of the national vote, cementing its position as a top five party in Parliament. This again is likely the result of the more conservative DA voter base moving to the FF+.

Now that the election is finally behind us, what should Ramaphosa’s list of priorities be? The key now is for the president to display strong leadership and the consensus amongst analysts is the following:

1. Appoint a credible Cabinet, with special attention being paid to replacing Zuma-era appointees with skilled ministers untainted by corruption. The make-up of the new Cabinet will be the first key message he sends to local and global investors and should tell us more about his intentions. This is expected around the 21st May.

2. Address the Eskom mess. Plans should be accelerated to unbundle the parastatal and to improve financial and operational efficiencies to prevent electricity shortages.

3. Create a more predictable economic and regulatory environment to boost consumer and business confidence, as well as investor sentiment.

4. Provide more clarity on the nationalisation of the Reserve Bank.

5. Tackle land expropriation in a transparent, measured and credible manner.

Disclaimer:  This research has been written by the economist at Santam Structured Insurance Limited (“the Insurer”). Whilst all care has been taken by the Insurer in the preparation of the opinions and forecasts and provision of the information contained in this report, the Insurer does not make any representations or give any warranties as to its correctness, accuracy or completeness, nor does the Insurer assume liability for any losses arising from errors or omissions in the opinions, forecasts or information irrespective of whether there has been any negligence by the Insurer, its affiliates or any officers or employees of the Insurer, and whether such losses be direct or consequential. Nothing contained in this document is to be construed as guidance, a proposal or a recommendation or advice to enter into, or refrain from entering into any transaction, or an offer to buy or sell any financial instrument. This communication is not intended nor should it be taken to create any legal relations or contractual relationships. Santam Structured Insurance Limited is an Authorised Financial Services Provider under South African law (FSP 1027).