Reflective of continuing weak trade data across the globe, Japan’s exports fell for a third consecutive month in February, as the trade-reliant economy continued to experience strain. Japan finds itself in a similar situation to much of the rest of the world, where factories have eased up on production and business confidence has slumped in the wake of rising global uncertainty. While Japanese exports to markets such as the US and EU remained firm, China- and Asia-bound shipments were sluggish; the overall result being a 1.2% year-on-year decline in exports last month. Shipments of cars, steel and semiconductor production equipment were especially hard hit. The USA and China are two of Japan’s largest export markets and there are growing concerns that the country’s trade surplus with America (around $69bn per annum) may prompt Washington to start imposing hefty duties on Japanese imports. 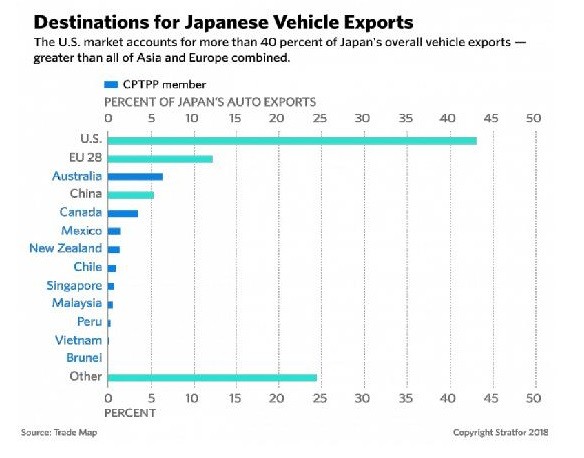 European leaders have given Theresa May a reprieve, until the 22nd May, to persuade the British Parliament to back her withdrawal treaty. If Parliament does not rally behind her, then Britain will have until the 12th April to offer a new plan or choose to quit without a deal in place. May had wanted to delay Britain’s departure until the end of June but EU leaders have increasingly indicated that they doubt that she will be able to win over lawmakers who have twice rejected her EU withdrawal plans. It is rumoured that MPs will support the latest deal if May agrees to step aside.

Oil is trading at its highest level this year as OPEC and its partners committed to continued production cuts until at least June, although developments in Iran and Venezuela may impact supply. Oil analysts say that despite slowing global growth, demand for oil has held up fairly well. Crude oil is likely to trade between $60 and $70 per barrel for the next few months. 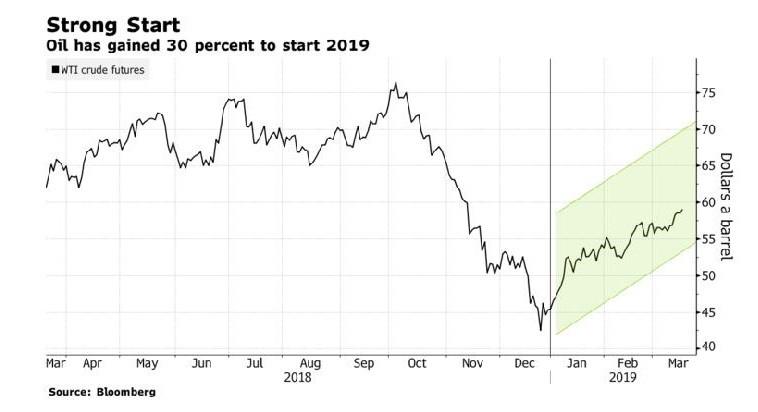 Two of the world’s largest investment banks have warned that President Ramaphosa’s investment drive could be derailed by continued load shedding. Goldman Sachs has said that the power cuts could shave close to 1% off GDP growth this year, if they continue at current levels of severity throughout 2019. Merrill Lynch has downgraded its growth forecast to just 1.3% for this year, a far cry from the 3% pledged by Ramaphosa. One bright spot is that the US Fed has slashed its projected interest-rate increases this year from two to zero, eliminating a key course of emerging market risk.

The chaos of load shedding has completely overshadowed the data from the Reserve Bank which showed that foreign direct investment more than doubled in 2018, rising to R70.7bn, from R26.8bn in 2017. Higher inflows are likely attributed to a more positive investor environment last year. However, all this good work could be reversed if load shedding persists. While Eskom has announced that it has enough generating power for the week and has thus put its load shedding schedule on hold for now, has the damage already been done? Minister of Public Enterprises Pravin Gordhan has said that a report from the Eskom operational task team is expected in the next 10 to 14 days. A meaningless statement, unless backed up with the restoration of reliable electricity supply. We are still no closer to knowing when the problem will be resolved permanently.