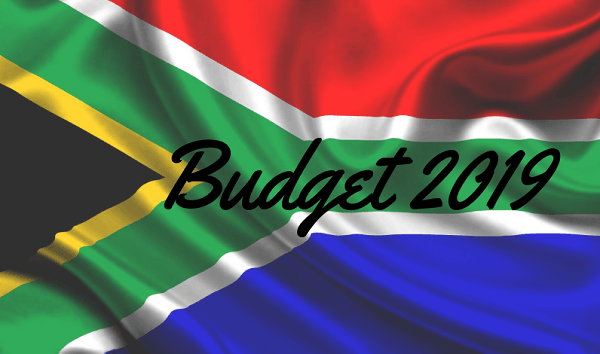 Unless SA makes hard political and policy choices to relieve the build-up of fiscal risk, the country’s public finances will continue to deteriorate

20 February: Taking its cue from President Cyril Ramaphosa’s state of the nation address (Sona), the twin focuses of today’s 2019 national budget will be on how the government plans to kick-start the economy and clean up state-owned enterprises (SOEs).

Though nothing matters more than getting growth going, the budget will be judged on how it deals with Eskom — a matter that has become symbolic of all government’s failures.

The government must reveal a credible plan to overhaul the utility’s business model to ensure it becomes financially self-sustaining. The goal is to relieve the fiscus from carrying the burden of perennial bailouts. This goes for the other loss-making SOEs too, including SAA, the SABC and the Post Office.

But all this will take some time. Ramaphosa made it clear in the Sona that the government will continue to support Eskom’s balance sheet for now, but “will do so without burdening the fiscus with unmanageable debt”.

Given that the fiscus is already burdened with unmanageable debt, the challenge for finance minister Tito Mboweni is to find a deficit-neutral way of continuing to bail out SOEs in the short term.

This suggests the government is likely exploring the sale of state assets (government’s vacant property portfolio is worth about R7.5bn), running down the contingency reserve of R27bn, and swapping equity stakes in struggling SOEs for more funding from development finance institutions.

What Mboweni cannot do is repeat the shock he gave to the markets in October, when his medium-term budget policy statement suggested that the National Treasury had abandoned its dependable fiscal conservatism and risk aversion. It charted a path that would allow the deficit to remain above 4% of GDP and the debt ratio to blow out from 55% to 60% of GDP over the next three years. SA’s annual debt-servicing costs would soar from R181bn to R247bn over this period.

To put that in perspective, in February 2015 SA was budgeting for a deficit of about 2.5%, net debt of 43% and debt-servicing costs of R141bn. Like a slow-moving train, the repeated fiscal slippage each year since then has driven SA to the point where its public finances look exceedingly vulnerable.

SA’s fiscal deterioration has been caused mostly by the economy’s failure to grow. This has been compounded by the problems in the SOE sector, where entities supposed to support growth have become a drag on it instead.

“The more you don’t take the hard choices and solve problems through conscious action, the more they build up under the bonnet — and that’s where the public finances are,” says Michael Sachs, the former head of the Treasury’s budget office, and now a professor in the Southern Centre for Inequality Studies at Wits University.

Those hard choices, he explains, include detailed policy decisions on how to change the business models of SOEs to reflect the fact that SA doesn’t have the resources to sustain the sector in the way it is currently structured, with the state as the sole shareholder.

“There has to be some change in direction. We’ve got to solve these institutional problems,” he says. “All over the public service there are agencies, like the SABC and Stats SA, that are genuinely incapable of adapting and reorganising to the financial constraints SA faces.”

In addition to SOEs, the pressure on SA’s public finances comes mainly from providing free higher education and funding a bloated wage bill.

There is also intense pressure bubbling up from a range of government services, including health care, after years of underfunding. The public health crisis means, for instance, that the state has accumulated more than R80bn in medical malpractice claims — and this liability is growing by 32% a year.

Repairing the fiscus all depends on the political decisions taken by the president and the cabinet to revive growth, address SOEs’ finances and restrain public sector wages, says Sachs. “As long as action isn’t taken, the public finances will deteriorate.”

This is not to say that the 2019 budget will be a train smash.

There might even be a small positive surprise in store, given the slow pace of government spending over the first nine months of 2018/2019.

Expenditure growth has been running at 4.6% year-on-year (y/y), against the Treasury’s target of 7.7%.

Granted, revenue growth has also lagged, but not by much. The Treasury was wise to have budgeted conservatively for GDP growth and revenue collection, and to have lowered its tax buoyancy and tax base growth estimates in October.

This patchy revenue performance, taken together with slow expenditure growth, suggests SA should meet its 2018/2019 consolidated budget deficit target of 4% of GDP. However, Sachs doesn’t expect a return to the high tax buoyancy rates that allowed revenue to repeatedly surprise on the upside after 2011, even though the economy was slowing.

He thinks this phenomenon was driven by structural factors — including deep rand depreciation, above-inflation wage increases and booming asset prices — that have since unwound.

Moreover, SA has raised taxes quite significantly over the past few years and might be reaching that point where further tax hikes depress economic activity and are self-defeating. The Treasury certainly seems to think so. In October, it said it won’t raise VAT, corporate or personal income tax significantly in 2019 unless economic conditions improve.

Many are hopeful that the rehabilitation of the SA Revenue Service (Sars) will boost tax collection significantly, but Sachs is sceptical. Source (BDFM: https://bit.ly/2El8woU)