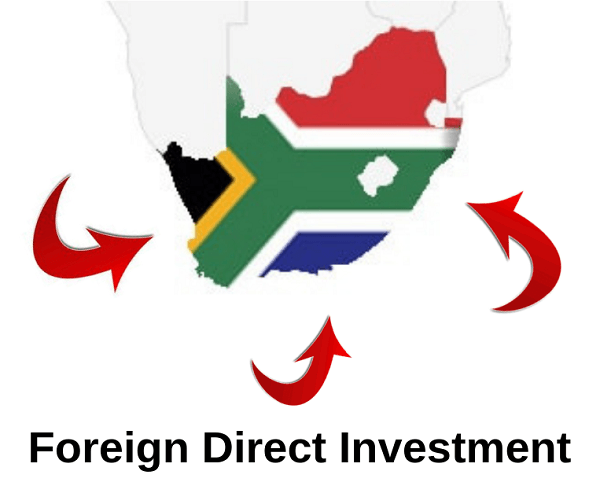 07 February 2019 – The government is to continue its drive to attract foreign direct investment (FDI) into SA, with R70bn flowing into the country in the first three quarters of 2018, compared with R17bn in the whole of 2017, President Cyril Ramaphosa said in his state of the nation address (Sona) on Thursday.

This was a “phenomenal achievement” compared to the low level of investment in the previous years. “We aim to raise even more investment this year,” he said.

In 2018, Ramaphosa set a target to lure investments of $100bn by 2023 in an attempt to stimulate economic growth, which has been falling far short of the 5.4% annual target set in the National Development Plan.

2018’s Investment Conference attracted about R300bn in investment pledges from South African and international companies, he said, adding that this conference would be hosted again in 2019.

“To prove that our investment conference was not just a talk shop where empty promises were made, as we speak, projects to the value of R187bn are being implemented and projects worth another R26bn are in pre-implementation phase,” Ramaphosa said.

The aim is to attract investments into projects throughout the country, the president said. “In this regard, I have asked provincial governments to identify investable projects and ensure that we build investment books for each of our nine provinces to present to potential investors.” KwaZulu-Natal has already done this.

He noted that the Public-Private Growth Initiative was set up to facilitate focused investment plans of leading companies across 19 sectors of the economy, and that these industries were expected to substantially expand investment over the next five years.

“As part of our ongoing work to remove constraints to greater investment, we have established a team from the presidency, Invest SA, National Treasury and the department of planning, monitoring and evaluation that will address the policy, legal, regulatory and administrative barriers that frustrate investors.”

The team would report to the cabinet monthly.

Ramaphosa said government had set itself the target of being among the top 50 global performers in terms of the World Bank’s annual Ease of doing Business report. currently SA ranks 82 out of 190 countries tracked. “We are going to get there,” the president promised. Source (BDFM) https://bit.ly/2MWZ8ds