The World Economic Forum in Davos this week takes place against a backdrop of deepening gloom. We have much to contend with in 2019 – protectionism, populism, fractious international relations, a disorderly Brexit and fears over global growth. Trump is not there this year, choosing instead to stay home and deal with a partial US government shutdown. French president Emmanuel Macron has also skipped while British Prime Minster Theresa May battles to find consensus on Brexit.

Chinese exports unexpectedly fell the most in two years in December, pointing to further weakness in the world’s second-largest economy and deteriorating global demand. Import volumes also contracted, reflecting softening demand in China, and prompting warnings from the likes of Apple and Jaguar Land Rover. Added to this is that China posted its biggest trade surplus with the US in history in 2018, which could prompt Trump to ramp up the heat on Beijing. The surplus with the US widened by 17.2% to $323.3bn last year. And even if the US and China do reach some kind of compromise in their trade dealings, it will be no solution to what is ailing China’s economy. This is mainly due to worsening conditions domestically, especially slowing credit growth and cooling real estate activity. Growth of 6- 6.3% is expected this year, after an expected 6.5-6.6% in 2018, the slowest pace in 28 years. 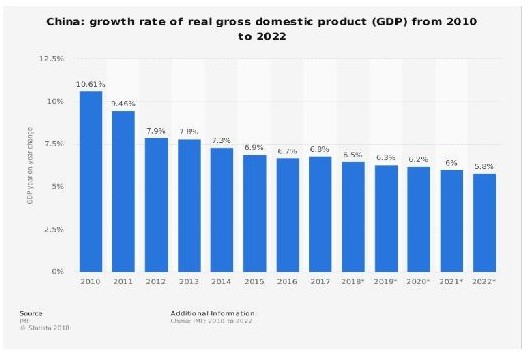 As widely expected, the SARB left the repo rate unchanged at 6.75% at its MPC meeting last Thursday. Governor Lesetja Kganyago also adopted a decidedly more dovish tone, as inflation forecasts have been revised downwards to 4.6%, 4.8% and 5.3% in 2018-2020 (previously 4.7%, 5.5% and 5.4%).  The improved outlook is based on lower fuel and food price assumptions as well as a slightly improved exchange rate forecast.  This does not imply that the Reserve Bank will be in pause mode indefinitely. Much still depends on factors outside of its control – uncertainty over global growth as well as the US Federal Reserve’s interest-rate path, which will need to be monitored carefully for the effects it may have on the rand.

With the release of the ANC manifesto, we can safely say that pre-election campaigning has begun. Two issues of concern to come out of the manifesto revolve around prescribed assets and renewed debate on the ownership structure and mandate of the SARB. While the Bank’s constitutional mandate is to protect the value of the currency in the interests of price stability, there are those who contend that its mandate should extend to economic growth and job creation.  But on Thursday Kganyago stood firm against populist demands for nationalisation and change of mandate.  “…anyone who says the Bank must focus on growth has not read the constitution…“ Moreover nationalising the Bank by buying out its 600-odd private shareholders would do nothing to influence how it implements monetary policy.

The prescribed asset debate is, in my opinion, more worrying. The ANC has said that it intends to investigate means in which to force pension funds to invest in government and parastatal debt. Ironically, pension funds are already very meaningful investors in state assets such as the IDC and the Land Bank. What they will not touch are the likes of Eskom and SAA. Such forced investments will not solve the myriad of problems at badly governed SOEs. In fact, it might very well be a disincentive to tighten up financial discipline at these entities. But will such a move pass constitutional muster? Financial institutions have said that they will approach the Constitutional Court on the basis that such a move would violate property rights. “Prescribed assets is a stick to swing which serves no purpose except to scare investors,” says Andrew Canter, chief investment officer at Futuregrowth Asset Management.