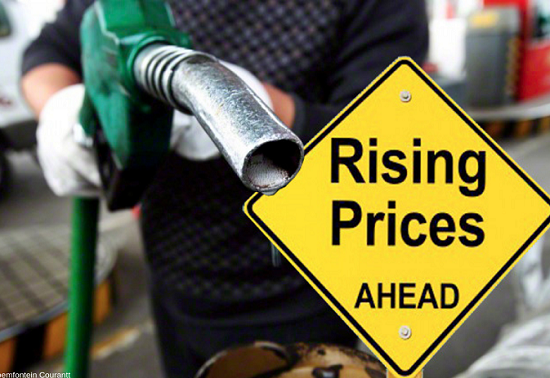 Being a motorist in Mzansi is a ghastly pursuit. The petrol price looks set to rise again in June, marking a fourth consecutive increase since March.

15 May 2019 – It’s not news any of us wants to hear. Although petrol prices forecast for next month won’t rise as steeply as they did throughout Autumn, the per-litre costs could rise by more than 30-cents-per-litre.

Why fuel costs are likely to increase next month

Despite an improved performance, it looks like a few things are working against South Africa’s road users. At a time where a good exchange rate could stop the rot, our rand remains rooted at over R14 to the dollar.

Furthermore, an additional Carbon Tax is being added on to the standard price of fuel. The initiative was given the green light during the Budget Speech in February, and another nine-cents-per-litre is getting added on to the bill.

Mzansi’s fuel supply is almost wholly reliant on imports and international markets. So when the global apple cart is upset, it does not bode well for us in this country: Donald Trump has already ramped-up sanctions against Iran – a large oil-producing country – and his trade war with China is likely to cause volatility in oil prices.

Current data suggests that 28-cents-per-litre could be added to the June petrol price. Along with the carbon tax coming into effect, that number would rise to 37 cents p/l – enough to take Gauteng consumers (who currently pay an average of R16.67p/l) past the R17-per-litre mark for only the second time in history.

And, although there’s room for recovery, the picture doesn’t look immediately pleasant for South Africa: A recent drone attack on a pipeline in Saudi Arabia has severely threatened the global oil supply. It spooked the current oil price, which has already increased by more than 1% on Tuesday. Brent Crude is now going at $71 a barrel. Source (The South African) https://bit.ly/2YvMhno